Posted at 23:43h in Interview by eggpicnic 0 Comments
0 Likes
Share

“Whatever the initial impulse – some spiritual awakening or social movement – in today’s world it will have to be translated into the political arena.”

We met Ted, Honorary Fellow in Ancient History, on our first trip to Grenfell to take part in a Important Bird and Biodiversity Area survey. An avid birder and passionate conservationist, he has long been a member of the Greens. He is deeply concerned about the government’s lack of meaningful action on climate change, land-clearing and logging of old-growth forests. 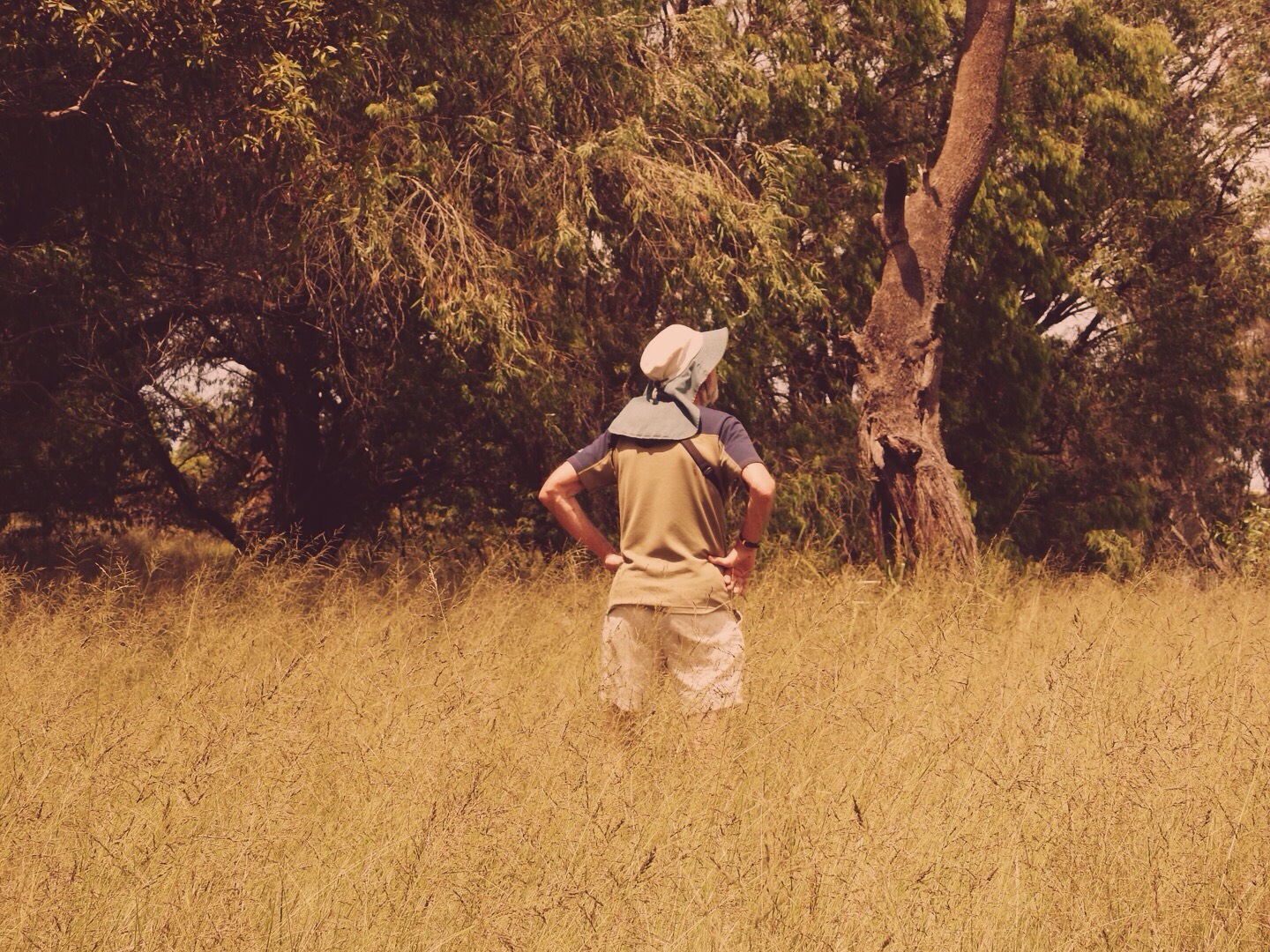 Tell us about your career and how this has shaped the way you view the world.

I grew up in a happy and comfortable Upper Middle Class family in Melbourne, and went to a well-endowed private school and received an excellent education. My father had his own business, and I was going to join it upon finishing my studies in Classics and Ancient History. But I was offered a tutorship in the University of Melbourne History Dept, and then – after an exciting few months on an excavation in India in Rajasthan – a lectureship at U.N.E. in Armidale. So I never entered the business world. Even as a schoolboy I loved the outdoors, and growing up in a suburb near the river Yarra I came across an abundance of wild life. There were platypus in the river, Tiger snakes and echidnas on the banks, and Swift Parrots and even a Regent Honeyeater in our garden!

When I got to University, I mingled with many students who were from less privileged families, and whose politics were often very different from those of my conservative parents. So my horizons were broadened in two important ways: as a bird and nature lover I became concerned about the destruction of habitat as Melbourne grew apace after the Second World War, and I became much more aware of how lucky I’d been in being born into such comfortable circumstances, and grew indignant at the inequalities and injustices I saw in our society. Thus, while I was exposed to the business world through family ties, and admired my father, I had a more detached [and critical] view of the capitalist system than many of my peers who went ‘down town’.

A few years after my appointment at U.N.E. I went off to the University of Cambridge and then to the University of Michigan to further my studies, as I realised the limitations of my undergraduate degree. Travel, and more exposure to the academic world, further opened my eyes and reinforced the views I’ve outlined above. ( The Humanities end of campus is always and necessarily, more ‘left’ than the other end – whatever the ‘other’!)

What is the relationship between political activism and working towards change?

For me, the two are indistinguishable. I guess for a genuine conservative, they are polar opposites, as he or she strives to maintain the status quo and arrest change. But some in the Coalition are reactionaries, trying to move us back to an earlier epoch (less Government regulation; less tax for the rich; fewer damned ‘foreigners’, perhaps, unless they provide cheap labour!). They, too, are activists. A plague upon them! More are moderate conservatives who would never be party to real reform of our system, or challenge the big multi-nationals which are wrecking both our society and the environment.

Do you feel there is a growing disconnect between human beings today and their hearts? In terms of how we treat animals, the environment and each other, and how we don’t think about future generations, just of our own instant gratification?

I’m afraid that is largely true in today’s Australia. And not just here. We tend to follow trends in the United States, but it would be unfair to single out the latter: it’s well-nigh universal in the Western world. Our precious individualism has been taken to extremes. Don’t get me onto Neo-liberalism and Social Darwinism!

What are some solutions?

No easy ones. Failing inspirational leaders (a Gandhi; a Nelson Mandela; or several) it will have to come from us, from below. Whatever the initial impulse – some spiritual awakening or social movement – in today’s world it will have to be translated into the political arena. There are some encouraging signs abroad, with growing dissatisfaction at ‘the establishment’, and the emergence of a credible U.S. presidential candidate calling himself a socialist (!), and a similarly radical Labour leader in Britain. And at home, an increasing disinclination to vote for parties that think only (or mainly) of their re-election, and the current call for some ‘accord’ to deal with our problems. For us nature lover, there is a real problem in that most people live in big cities, and there is a ‘disconnect’ as kids don’t experience the natural environment on a day to day basis. My kids could walk, or get on their bikes and ride, to a fairly untamed park and encounter bush creatures. That’s increasingly rare, I fear.

What do you think is your legacy and what would you like to be remembered most for?

Gosh! Well, I suppose as a teacher I’d like to think that I enriched the lives of large numbers of students by opening their eyes to the ancient societies that were the foundation of western civilisation (for all its limitations and faults! See above!), and at the same time inculcated in them both a critical approach to everything they read or experienced, and a desire, a curiosity, to ask questions of the material. This through a study of the history, literature, art and thought of the Greeks and Romans. As they say, without a knowledge of history one is forever a child.

So I’d like to be remembered as my students’ most stimulating teacher!

I’d also like to think that I’d be remembered for my work over a long period of time in trying to save and improve the environment in a variety of ways (e.g. by politicking; organising tree planting; bird surveying etc. etc.). And for activity on the social front (e.g. in education, by being President of the neighbourhood school Parents’ and Citizens’ Association; in local Govt by being an independent Alderman etc. etc.)

Many people fear getting older and you seem more active than ever. What are your

Feelings of frustration, as one can no longer do what one could. But I have had these feelings since my mid-20s (when bodily speed slowed down, and the capacity to absorb physical punishment deteriorated, so that both athletic and football career were at an end). Then again in my early 60s, when it started to take 2 days to recover from a pennant squash game, and a decade later, when I could no longer tackle the tough walks in the Wild Dogs at the pace necessary to keep up with the youngsters in my walking club.

BUT there is and always was a big plus side. At each stage in this sorry tale of physical deterioration there was (and still is) a challenge to find something new that you can do. And the closing of one activity offers you more time to do something else.

Mental ageing? Mmm… Retirement poses a grave danger. I try to stave it off by keeping my University office and doing some research, but that’s half-hearted. There is no substitute for an alert group of Post Grad or Honours students to keep you up to the mark. I fear I’m in terminal intellectual decline! I can only hope that with a failing memory I won’t notice the change!

What extinct creature would you most like to meet?

Either a Paradise Parrot or a Thylacine.