Posted at 04:17h in Interview by eggpicnic 0 Comments
0 Likes
Share

“I had never encountered a parrot before, let alone wild ones”

We met Angela a year ago at her wildlife photography exhibition during National Bird Week. We fell in love with her work and with her passion for birds and conservation. We had the opportunity to visit her home, a refuge for birds in recovery and met a few feathered friends such as Casper the Sulphur-crested Cockatoo and Opal, a juvenile Yellow-tailed Black Cockatoo under her care. Her dedication is extraordinary and we wanted to share her story. 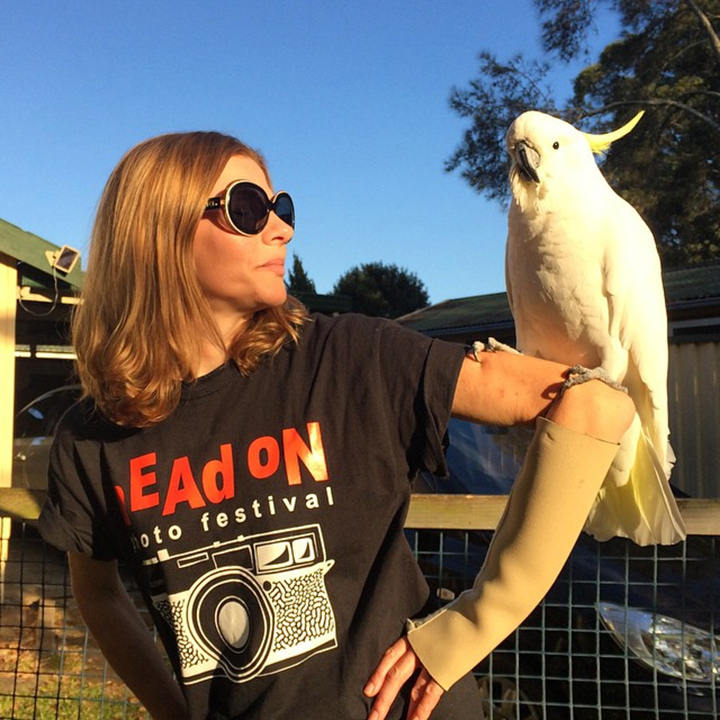 Tell us about Photographic Passions and the values behind your brand.

Photographic Passions was named due to my passion in photography with the aim to photograph the flora & fauna of the world, initially in an impressionist way. I changed my website to Angela Robertson-Buchanan as I felt it was easier for people to find my work as I naturally progressed to photographing birds and animals. My social media has kept that name and I am still trading as Photographic Passions as that is my registered business name. My main aim is to create awareness about the natural world around us and get people to notice these things more. I like to work on environmental projects and exhibitions, which convey a conservation message, always supporting a worthy cause. 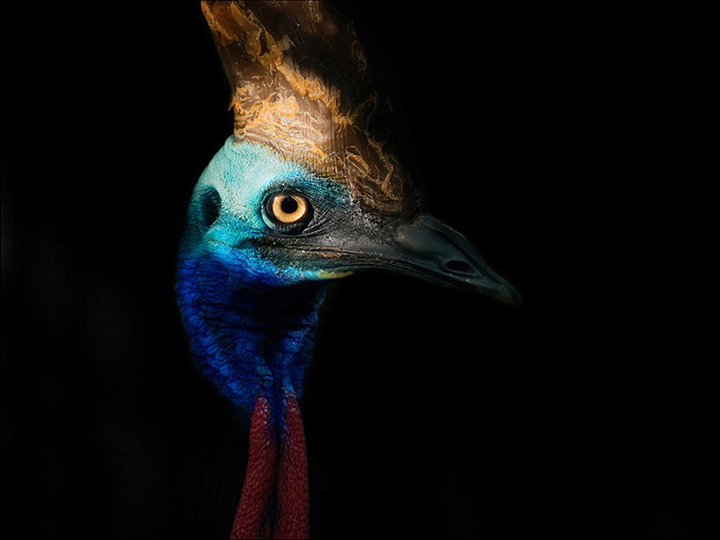 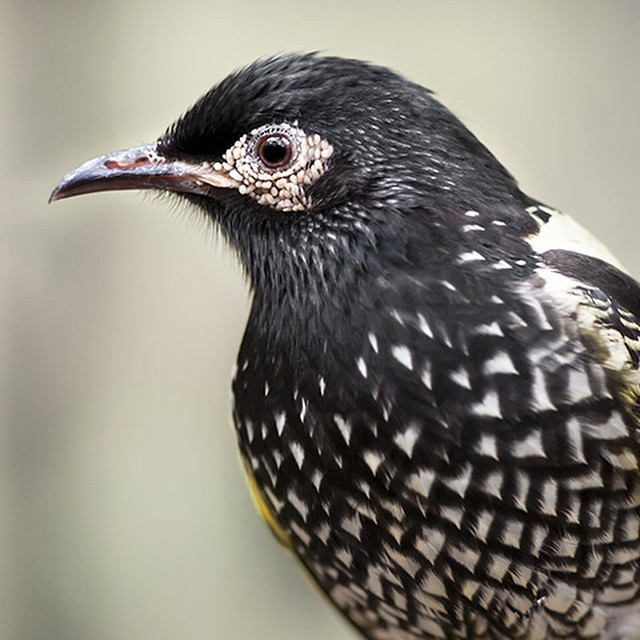 How did your arrival in Sydney change your relationship with wildlife?

When I arrived in Sydney I fell in love with the parrots here, which prompted me to train as a wildlife carer specialising in birds.  I had never encountered a parrot before, let alone wild ones (coming from the UK). I also purchased a macro lens and was intrigued by the wonderful critters that go un-noticed. This opened up a whole new world, as my background was portraiture & travel.

When did you decide to combine your passion with your career?

It naturally progressed from being a wildlife carer as I was in close contact with birds and learning about them so it seemed logical to start photographing and also make contact with like-minded people.  I was also horrified at Australia’s extinction rate and thought more could be done to create awareness and show people how unique our wildlife is. 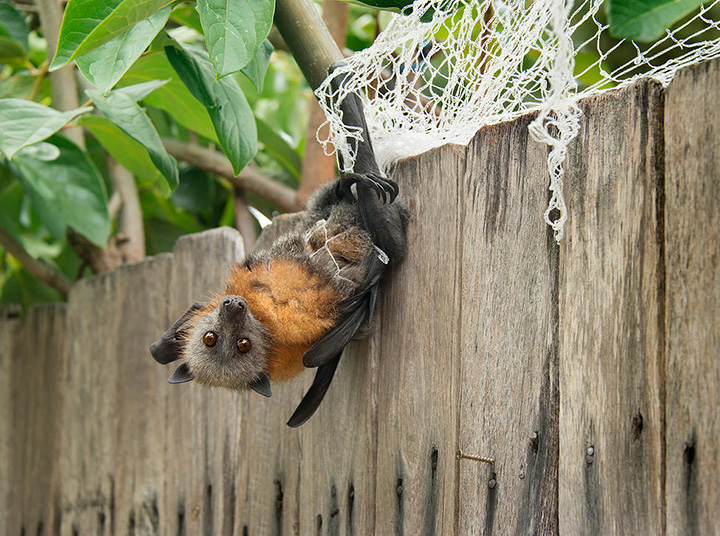 What’s your most memorable rescue story?

It’s hard to choose, there’s a few! Squeak & Squawk were two Cockatoo chicks that were found in a tree hollow of an old eucalyptus tree that was being cut down around the corner from my house. Four old trees were destroyed that day with six hollows lost forever (that take 100 years to form and also provide important breeding grounds). I hand raised them and they were probably my most challenging & stressful. Four months on and they were ready for a flight aviary, so I contacted a carer on the Central Coast. It was a hard decision to make about where to finally release them as these guys live for 90 years. I did think about releasing them from my garden and support feeding them, but so many trees have been cut down in my area, plus the local flock had moved on since their home had been destroyed.

The carer on the Central Coast lived on acreage so for me I felt this would be the best possible start.  She had also raised two chicks slightly older who had joined the local flock. Squeak & Squawk spent 3 weeks in the huge aviary to get stronger with their flying and then the carer did a soft release where they still hung around to get their feeds. Slowly they gained their confidence and started venturing out for the whole day and bringing the flock back for a free feed! Unfortunately Squawk got shot, we think by a farmer.  The carer rushed him down to me in Sydney and I took him to my avian vet. Unfortunately he was in a bad way and had to be euthanised, we were both devastated. I kept wondering how they would have gone if I had released from my place, but they could have easily been hit by a car or run into trouble. As a wildlife carer, the way to carry on is that they got a second chance when they were rescued and at least Squeak is still going well with the local flock. A bittersweet story! 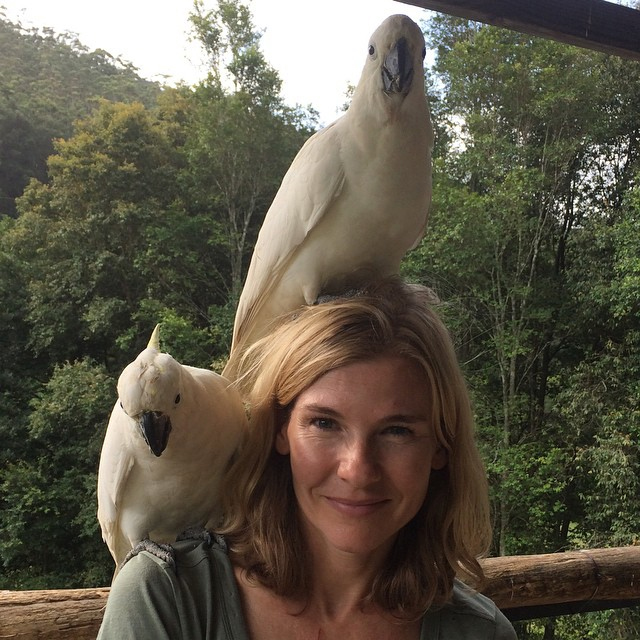 How can people in cities actively protect their local birds and wildlife?

Stop cutting your trees down! Put up nesting boxes. Take a moment to look up and notice the amazing diversity Australia has in its birdlife. Learn about your local wildlife. Put out shallow bowls of water on hot days. Please do not feed wildlife, feeding the wrong food can make them very sick and too reliant on you as a food source. 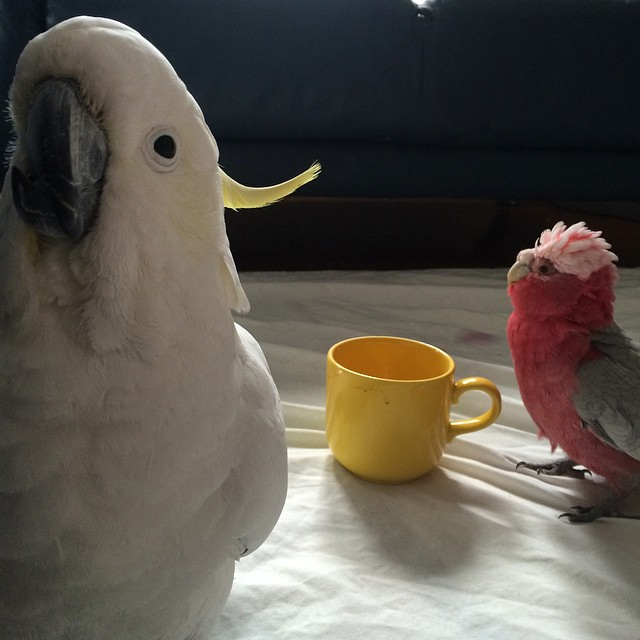 Have a look at more of Angela’s amazing work at angelarobertsonbuchanan.com